You probably have already heard of those programming Hackathon events, where IT teams collaborate to develop a software product prototype. At the end of the event, the judges select the winning solution, which later turns into a real-world software product.

Well, an SEO Hackathon is just like that. One of Loopex Digital’s goals with the Hackathon was to give the team members a space for creativity and autonomy to come up with working SEO campaign ideas.

That being said, our main focus was to organize a friendly contest that would establish a healthy competitive spirit, help the staff break out of the routine, and boost communication in the two departments of our company.

Here’s how we organized the competition, tackled the challenges, and had fun in the process.

How We Picked the Tasks

When it comes to search engine optimization, it’s not that easy to surprise an SEO with the diversity or complexity of tasks. One way or another, Loopex specialists happen to tackle various, often very diverse, tasks daily. Well, that’s the unique nature of an SEO career.

As you might guess, we had to get creative picking assignments that would excite and challenge. The tasks we developed were:

How We Picked the Teams

When we got down to the selection of the teams, we made sure to split the participants in a way that encourages stronger peer-to-peer communication. So, each team was to be made up of:

The entire preparation process for the Hackathon lasted a month. Once a week, the teams had Zoom meetings with their team leads to share updates on the work process and ask questions to get guidance.

To ensure the evaluation was 100% fair and objective, we chose 5 main criteria to judge the teams’ work: creativity, innovation, “wow factor”, collaboration, and presentation.

Teamwork for Success: How the Teams Collaborated

What makes us really happy as the organizers of the SEO Hackathon is that the contest actually did succeed in achieving active collaboration. As the team members later shared, they felt excited to get involved in the functions of one another’s positions and connect on a deeper level.  Along the way, they learned new practical techniques and sharpened analytical skills due to complete autonomy and independent decision-making.

On the final day of the SEO Hackathon, we had all 6 teams pitch their work and show off their public speaking skills. After each team’s entry, we held a Q&A session that summarized the presentations and helped determine the final scores later.

Later that day, we moved to a less formal setting, where we could relax, chit chat, and have a picnic outdoors. In this relaxed setting, we finally announced the results!

To be fair, the contest was a tough one! All of the participating teams had done an excellent job on at least two of the three tasks. Some were great at unlocking the strategy task, while others nailed the SEO campaign ideas.

So, the judges announced the winners; the team who scored the most points in total sum! Due to the balanced teamwork,  functioning SEO campaign ideas, and successful strategy breakdown, the “200 OK” team won the SEO Hackathon and the prize!

Our first-ever internal SEO Hackathon was a memorable experience that reaffirmed our belief in the benefits of healthy competition, the positive effects of cross-department collaboration, and employee independence.

The success we had with our first ever SEO Hackathon left us thinking, “We should do this again sometime!” How about next year?

Our blog covers a combination of industry trends and professional insights from behind-the-scenes experiences. We provide weekly updates on link building, content marketing, on-site and technical SEO, and more! Sign up for our newsletter and join our LinkedIn to be on top of industry trends! 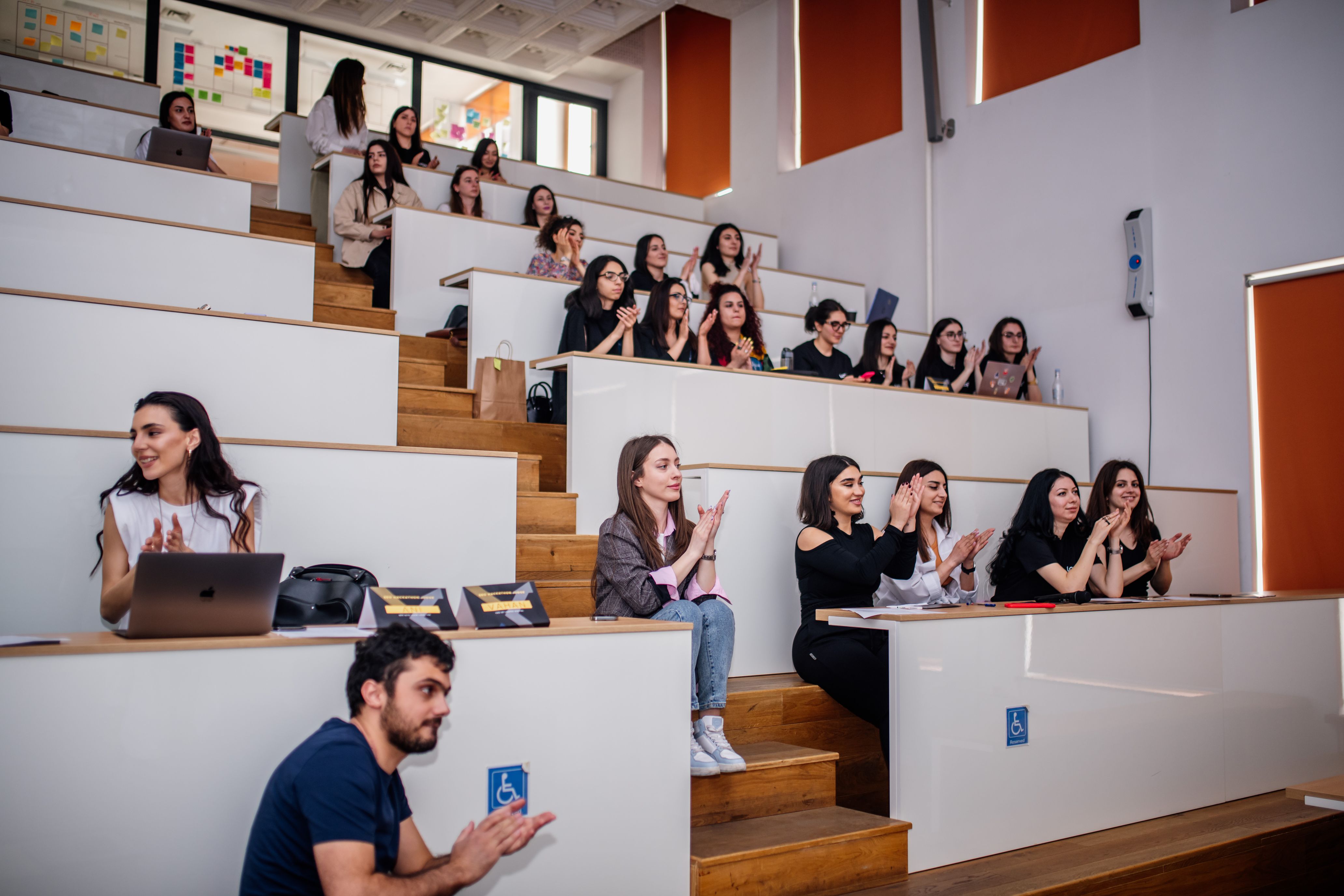 Maria Harutyunyan
Our blog covers a combination of industry trends and professional insights from behind-the-scenes experiences dealing with every aspect of SEO. We provide weekly updates on topics such as link building, content marketing, on-site and technical SEO and more! Don’t miss any industry updates by signing up for our newsletter! You’ll also receive exclusive SEO strategies and learn about industry secrets like:

Is Contextual Link Building Helpful in 2022?

Get Exclusive SEO
Tips from Loopex

Learn exclusive tips and tricks to increase your traffic that we share with our subsribers only .

Is Contextual Link Building Helpful in 2022?

| Maria Harutyunyan |
8 Min Read
Niche edits are so valuable as you can earn “link juice” quicker. No need to create content from scratch, wait till it gets noticed by Google and indexed.
read the full post

| Maria Harutyunyan |
3 min read
The goal of Loopex Digital’s Hackathon was to give the team members a space for creativity and autonomy to come up with working SEO campaign ideas.
read the full post

| Maria Harutyunyan |
13 Min Read
In this article, we cover the most effective link-building strategies for crypto & blockchain niches to help your website rank better. Read through for practical tips!
read the full post

From Classmates To Married Co-Founders: Q&A With Co-Founders Of Loopex Digital

| Maria Harutyunyan |
2 min read
Loopex Digital ranks among the top SEO companies in Armenia for 2022! We are excited to share the fruit of our dedication and commitment to helping clients.
read the full post

GroupHigh Review: Everything You Need to Know in 2022

| Maria Harutyunyan |
7 min read
More influencers, more difficulties with making a choice. GroupHigh is here for you. Click & find out more about this influencer outreach software.
read the full post

Klenty Review 2022: Land in Your Prospects Inbox Every Time

| Maria Harutyunyan |
9 min read
Take a look and get more answers about Klenty: a sales communication tool that will help you in your outreach process. Click the link to read more!
read the full post

BuzzStream: An In-Depth Review of This Link Building and Outreach Tool 2022

| Maria Harutyunyan |
10 min read
The BuzzStream link building and outreach tool can be a fantastic linking asset for anyone establishing their own link building to agencies seeking to automate various aspects of their processes.
read the full post

| Maria Harutyunyan |
6 min read
What’s the right tool for your next campaign? Take a look at our list of outreach tools that we’ve carefully picked for you.
read the full post

| Maria Harutyunyan |
10 min read
Is Yesware the right tool for your next campaign? Read our guide to find out about the most important Yesware features and tools. Check out the Pros & Cons.
read the full post

How to use Mailshake in 2022: Guide, Pricing, Pros & Cons and Top Features

| Maria Harutyunyan |
10 min read
How to use Mailshake in 2022? What are its pros and cons? Read our guide to learn about the new version of Mailshake and its top features.
read the full post

What is Pitchbox? A Detailed Guide to its Tools and Features

| Maria Harutyunyan |
10 min read
Will Pitchbox satisfy your needs? Read our guide to find out about the most important Pitchbox features and tools. Check out the Pros & Cons.
read the full post

Woodpecker Review 2022: How to Use it? Features, Pros & Cons

| Maria Harutyunyan |
6 min read
Do you need a tool to automate your email marketing? Read this Woodpecker review and use the tool to grow your business.
read the full post

NinjaOutreach Review 2022: Is it Worth Your Time?

Sendinblue Review 2022: A Way to Up Your Digital Marketing Game

| Maria Harutyunyan |
11 min read
What is Sendinblue, what are the features, and finally, who is it for? We’ve covered all of these questions in our article. Save time & grow your business.
read the full post

more from our blog

Ready to Grow Your Business?

Get SEO Tips & Tricks Every Week